Their mission is to provide superior service to clients who place their trust and confidence in them. A highly experienced and skilled team,  Fortress provides “built to last” construction in the areas of multi-home units, cabins and new homes. 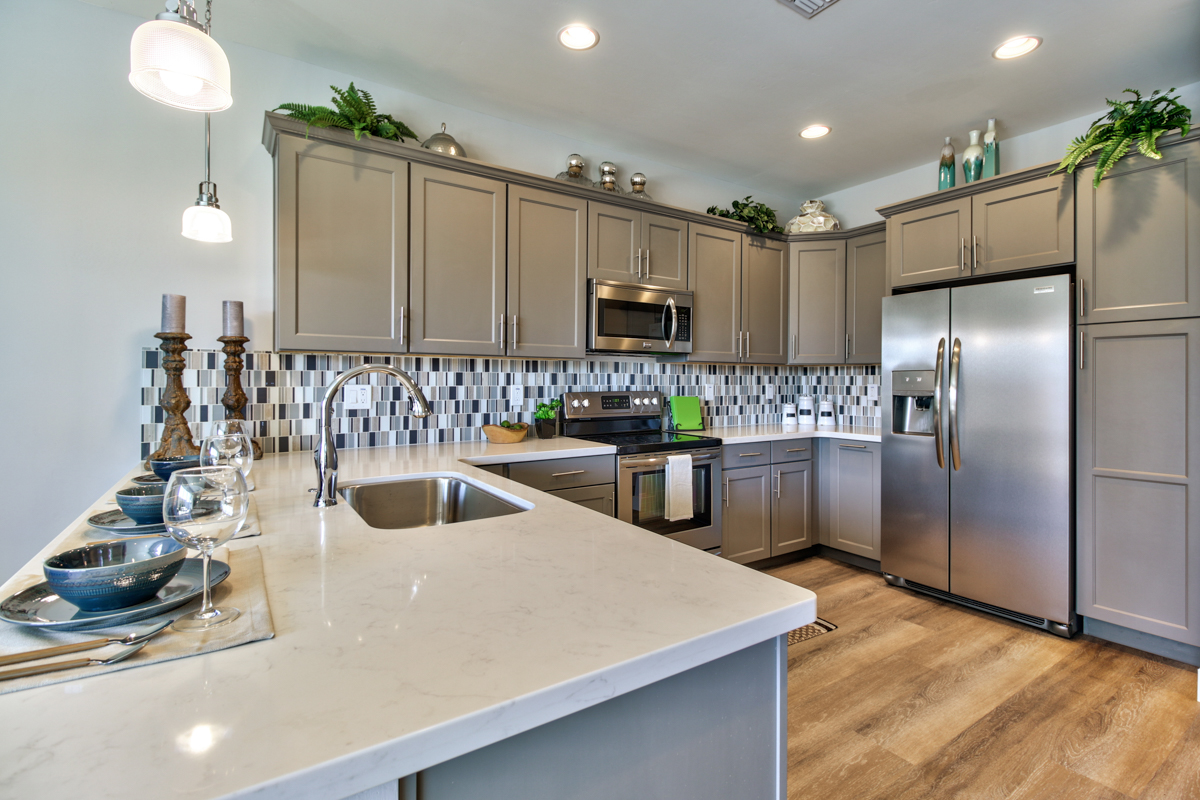 “A man travels the world over in search of what he needs and returns home to find it.”

Fortress takes pride in bringing their clients’ construction dreams into reality. Client satisfaction is their number one priority and judging from just some of their happy clients, they are succeeding. Says one delighted client, “The level of service, the courtesy of all, the helpfulness, & promptness would score an ‘Excellent’. A+.”

John Mariconda has been in the construction industry for 39 years and has over 30 years of construction management to his credit. He started in the industry in 1972 as a union carpenter working on high-rise residential projects in New York City, while he attended night school trying to earn his business degree. In 1976 he and his family relocated to Southern California and John continued to work as a union carpenter in the housing and commercial construction industry.

In 1980, John started his first position on the management side of the construction business as a concrete superintendent on high-rise projects for a developer in the Los Angeles who he had been working with for the previous 2 years. By 1986, John became the Vice President of Construction for Tucon Development Company. At Tucon, John oversaw a team of Architects which designed all of Tucon’s projects and a construction team that consisted of Project Managers, Superintendents, Foreman and Workers. Tucon self preformed Concrete, Framing, Drywall, Plumbing HVAC, Fire Protection and Electrical. Some of the most notable projects John worked on during this span were the LAX Hilton, Anaheim/Disney Hilton, Pacific Stock Exchange in Downtown LA, and the Wilshire Estina project in West LA, which was an 18 story 250 unit high-rise condo project.

In 1990, John decided to start his own construction company (John Mariconda Construction Company), which he relocated to Hawaii in 1991 at the request of one of his clients. His primary business in Hawaii was design and building of custom homes and small commercial projects. He remained in Hawaii until island fever got the best of him at the end of 1996, when he relocated to Phoenix to be closer to his daughter and her family.

John left D.R. Horton in October of 2008 to start his own construction and home building company. John currently holds a General Contractors license in three states (California, Hawaii and Arizona) and operates under the name of Fortress General Contracting Inc. and Fortress Homes, LLC.

Jason Ratke spent 4 years as a union certified electrician which is followed with 16 years in the residential and multi-family construction industry. His career began with Thomas Electric in 1991 as an apprentice doing minor residential and elementary wiring. In 1992 he received his union certification from the local IBEW and began managing electric projects for Thomas. In doing so he was exposed to a variety of construction applications and jobsite conditions throughout the Valley.

In 1995 Jason was approached by DR Horton and encouraged to apply for an Assistant Superintendent position. He was hired and held that position for 18 months.  As construction demands grew in the Valley, he was promoted to Project Superintendent and began running his own projects. As a Superintendent, he oversaw all aspects of construction from pad preparation to final walk-throughs with customers while creating job schedules, delegating work to assistants, other employees and sub-contractors. He was also responsible for scheduling and interacting with city, county and OSHA inspectors to maintain industry standards.  During his time as a Superintendent, he managed the construction and development of projects ranging from 1600sq ft single family homes to 4000sq ft semi-custom homes with a density of 30-100 units per tract. DR Horton eventually moved into the multi-family market and Jason began building large scale sites with single, 2 and 3 story condominium products with multi-family sites ranging from 90 to 750 units. In 2004, Jason was promoted to Project Manager at DR Horton, where his duties consisted of the overall buy-out and bidding of multiple multi-family projects including subcontractor selection and contract negotiation, building of DR Horton construction teams and value engineering all aspects of construction.

In February of 2009 Jason joined Fortress General Contracting as Vice President of Operations to oversee all field operations and construction personnel.

Jason has lived in the West Valley for 36 years and currently resides in Peoria with his wife, 13 yr old son and 10 year old daughter.  Having lived and worked in the Valley for almost 40 years, Jason has a strong sense of pride in Arizona and our local community.

“Thank you so much for your genersou sponsorship in our event. It’s caring poeple like you that make it possible for our foundation to continue to fight against pancreatic cancer.”

"Each detail in this home was well thought out & made it a pleasure to call our home for over 2 years.  The thought that had to go into transforming this property into a home; this house had it all…I’ve recommended Fortress to other people looking to build or amend their home & I would not hesitate to recommend their vision & work to anyone who is looking for a top notch organization."

"I just wanted to thank you and Fortress for doing such an expedient, professional, and resourceful job at my home recently. The attention to detail and additional resources you provided have been so helpful...I look forward to a continued relationship with you as we go forward with the repairs to my home, and I would recommend you, and Fortress General Contractors to anyone that would require such services. Thank you again for all you have done, and I look forward to speaking with you soon."

"Just wanted to take out a few minutes to say “Thank You” – we can’t say enough how satisfied we are with all your hard work in putting our home back into place after the plumbing flood. The level of service, the courtesy of all, the helpfulness, & promptness would score an “Excellent” (A+). If we are ever in need of a contractor again, you can be sure that we will call you. We also will refer you to anyone that may be in need of your services."

"Thank you so much for all that you have done for us in our home. You and your crew have been a delight to work with."

"Thank you so much for everyting. We sure do love it!"